Narcissism is widespread in our society, but people with narcissistic issues do not often seek help. Only when their world seems to be collapsing around them as a result of divorce or the loss of their jobs do such people hit a wall and ask for help or are sent by others for help. The treatment is complicated by the egocentric and arrogant behaviour for which narcissists are known, as well as the anger tantrums which occur when the patient feels wronged or frustrated. As a result, many treatments are terminated prematurely, either by the patient or by the therapist.

Many forms of personality problems (especially BPS and cluster C) can be effectively treated with schema therapy. The research into schema therapy in narcissistic personality disorder is still in its infancy, but initial results are favourable (Bamelis et al., 2014).

To understand the dynamics of narcissism and make a case conceptualisation

In this workshop, a modes model of narcissism developed by Young et. al. (2005) and Arntz and Jacob (2012) will be explained. What are common schemas, coping styles and modes in narcissistic personality disorder? What are common parenting styles of parents of nascent narcissists?

Recognising and dealing with pitfalls in handling the therapeutic relationship

The guiding principle for the treatment is the question “Who do you think you are?!”. This question applies to the behaviour of both the patient, who will tend to belittle and dominate the therapist, and the therapist, annoyed by the patient’s demanding and manipulative behaviour. Which schemas on the part of the therapist may play a role? How can you handle this dynamic within the therapeutic relationship (limited reparenting, empathic confrontation and setting limits)?

Applying techniques to change the schemas and modes

In order to reach the vulnerable lonely child, cognitive techniques alone are inadequate, because the patient often denies this vulnerable side. Experiential techniques are much better at achieving this, but how do you get the patient to the point that he/she is willing to try?

Theoretical introduction, demonstrations by teachers and DVD and practice in pairs.

Bamelis, L. L. M., Evers, M. A. A., Spinhoven, P., & Arntz, A. (2014). Results of a multicenter randomized controlled trial of the clinical effectiveness of schema therapy for personality disorders. American Journal of Psychiatry, 171, 305-322.

Cramer, P. (2011). Young adult narcissism: A 20 year longitudinal study of the contribution of parenting styles, preschool precursors of narcissism, and denial. Journal of Research in Personality, 45, 19–28.

What is Schema Therapy? 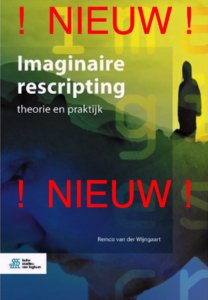